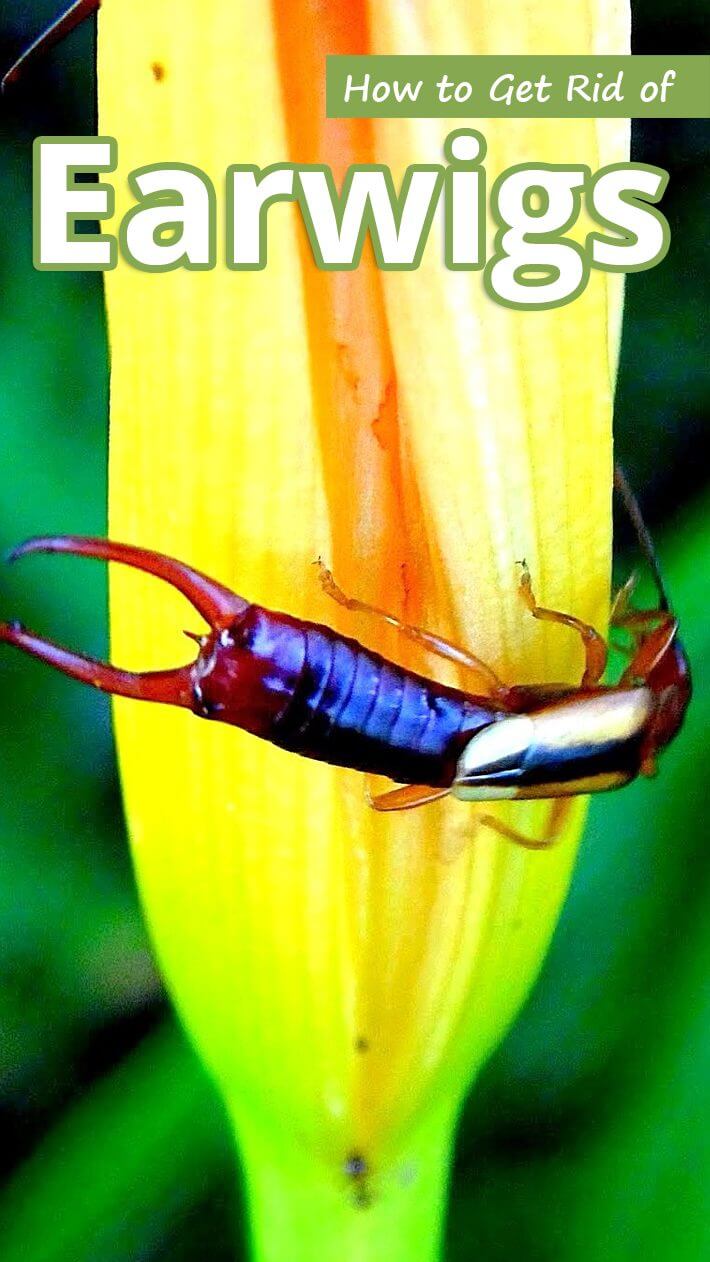 Have you ever been gardening and noticed some hideous reddish, brown bugs dining on your vegetables, or squirming through your soil? These are earwigs, tiny brown creatures that like to eat, fungi, vegetation and organic materials. They are also known as ‘pinching bugs’ or ‘pincher bugs’ because they have pincers on their body. How to Get Rid of Earwigs?

If you use organic mulch in your garden these little insects will feed on the mulch and can cause harm to your crops. These nocturnal insects are attracted to damp crevices where they hide during the daytime. To make matters worse, female earwigs can lay upwards of 60 eggs at a time. Once the eggs hatch, you officially have an earwig infestation on your hands!

What Type Of Crops Are Earwigs Most Attracted To?

These creepy looking creatures are attracted to certain types of plants and crops in particular. These include:

If you grow any of these in your garden just know that they are susceptible to earwigs, so check your garden for infestations on a regular basis. You’ll notice small irregular holes on your leaves or plants, these markings might look similar to those of a slug. However, it is important that you identify the real source of the problem so that you can treat the issue accordingly.

The insects rear their ugly heads during the rainy season as well, so if you live in an area that gets a lot of rain you should check your garden constantly for these pinchers. They lay low during the day so it’s best to do your checks during the night-time. How To Avoid Or Prevent Earwigs

Unfortunately, there is only one predator for the earwig in North America and that is the Tachinid fly. So if your garden is highly susceptible to these creatures you can plant fennel, dill, calendula or alyssum in the area to attract these flies.

Other ways to keep these creepy crawlies away include keeping your yard free of debris and cleaning your drains and other areas where water collects. Since the insects are also attracted to light especially white bulbs, you should either keep the lights close to your garden off during the nights and/or switch to yellow bulbs.

Getting Rid Of Earwigs

If you notice earwigs in your garden, you will need to temporarily remove mulch from the area. This will cause the soil to dry out a bit and since these bugs love moist spaces, they’ll move on when the area gets too dry for them to survive.

There are also some other homemade traps that have proven quite effective at getting rid of these annoying pests.

Entomologist, Whitney Cranshaw invented an interesting contraption that so far seems to be effective at catching these pinchers. He conducted an interesting research study one summer using a variety of different oils (canola, vegetable, and mineral) and condiments.

Ultimately, the canola oil proved most effective with Cranshaw even catching over 500 earwigs in one night. He did this by digging a shallow hole (at least an inch below the soil) in the garden and putting a small cup of the canola oil inside the hole. The earwigs fell into the cup and drowned.

Wet newspaper and roll it into a hollow tube. Lay the wet newspaper on top of the area or areas where you’ve seen the earwigs and leave it overnight. The damp paper will attract the insects since they love dark, damn spaces; in the morning you should see several earwigs trapped in the newspaper.

Boric acid is an effective home remedy for a number of different things— including getting rid of earwigs. If you don’t have this in your cupboard, any hardware store will have it in stock or online. Sprinkle the solution around any areas that the insects tend to frequent.

This natural insecticide won’t affect you, and if you have pets it won’t cause them any harm either. However, the same can’t be said for earwigs. It works when the insects ingest the acid which affects their metabolism and prevents them from excreting. They die soon after. If these little critters have been gnawing at your fruit trees this trap is definitely a great solution to try. You’ll need corrugated cardboard (the ones with ridges) and a piece of string. Much like the newspaper trap, you’ll need to wet the cardboard and rub oil on one side, then roll it into a tube ensuring that the oily part remains on the inside.

Then, use a string to tie the roll to the tree that is being affected by the earwigs. They will be attracted to the damp, cool space and once they climb inside they will be trapped in by the oil.

Some gardeners have had success using sticky barriers such as a sticky tape, petroleum jelly or Tanglefoot to trap the insects. You should apply the sticky barrier at the root of the plant or tree and the earwigs will get trapped while trying to climb up.

This natural insecticide won’t cause any harm to your garden. It is actually made from calcified shells and comes in the form of a powder. Diatomaceous earcth works by affecting the earwig’s exoskeleton; water leaves its body and it eventually dies of dehydration. Just sprinkle the powder around the areas that the insects frequent.

Neem oil and cedar oil are also two great natural insecticides for ridding your home of these insects. As a matter a fact, they have been proven so effective that they are reportedly now being used in commercial agriculture as a substitute for those deadly chemical pesticides:

It sounds a little off the wall, but can actually be a good method for ridding your garden of earwigs. Apparently, earwigs are quite easy to vacuum; who knew right? If your vacuum comes with a bag, just know that after using this method you’ll need to dispose of the bag due to the smell of the rotting insects.

A clever way to create a sort of makeshift vacuum bag is to wrap an old stocking around the nozzle of the vacuum then wrap a string or use an elastic band to keep it in place. This will act as a mini vacuum bag and you won’t have to worry about replacing the one on your vacuum.

When you trap the insects inside any of the traps, it is suggested that you put them in a plastic bag before throwing them away in the garbage. After all, you want to make sure that they can’t get out! I wouldn’t suggest using a pest control company or exterminator. Yes, the will get rid of your earwig problem, but they often use very harmful chemicals to do so. Not only will the strong, toxic chemicals kill the earwigs, but your fruits and vegetables as well.

To make matters worse the toxin ingredients can also seep into the soil creating a long-term problem. Also, if you have pets in your home these insecticides can harm them too.

There are some, safe and natural commercial earwig traps available. Just be sure to read the label first, some of them are advertised as safe but still also contain pesticides. Remember, while you want to get rid of these pesky insects you also want to preserve your crop and keep your healthy soil intact.

Once you’ve completely rid your garden of these horrid creatures make sure you check the space occasionally to ensure that they haven’t returned. If you live in warm areas you won’t have to worry much during the hot temperatures but remember that these insects are attracted to damp spaces so when the time gets cool it’s time to do some checks.

Don’t overmulch, too much mulch will create a cool and moist area for earwigs to live. Also, be sure that your garden has good drainage and don’t leave containers upright that can fill with water. Sprinkling a barrier of diatomaceous earth around your plants and throughout your garden is also a great preventative measure.

Here’s hoping that you won’t ever have to deal with earwigs but if you do the above tips will help you eradicate the problem. Happy gardening!

How To Make Leaf Mold 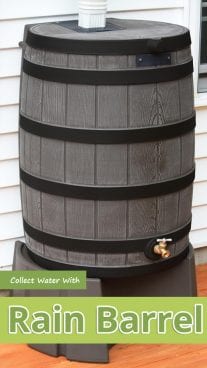 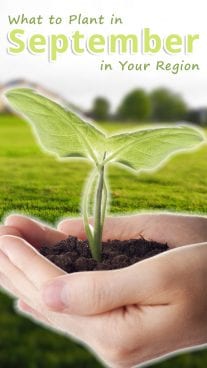 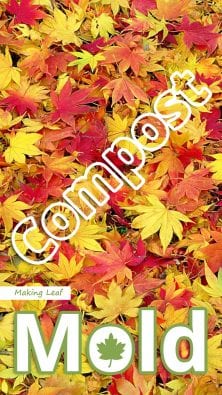 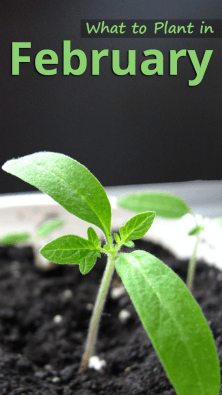 What to Plant in February 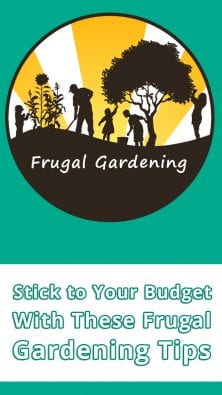 Stick to Your Budget With These Frugal Gardening Tips