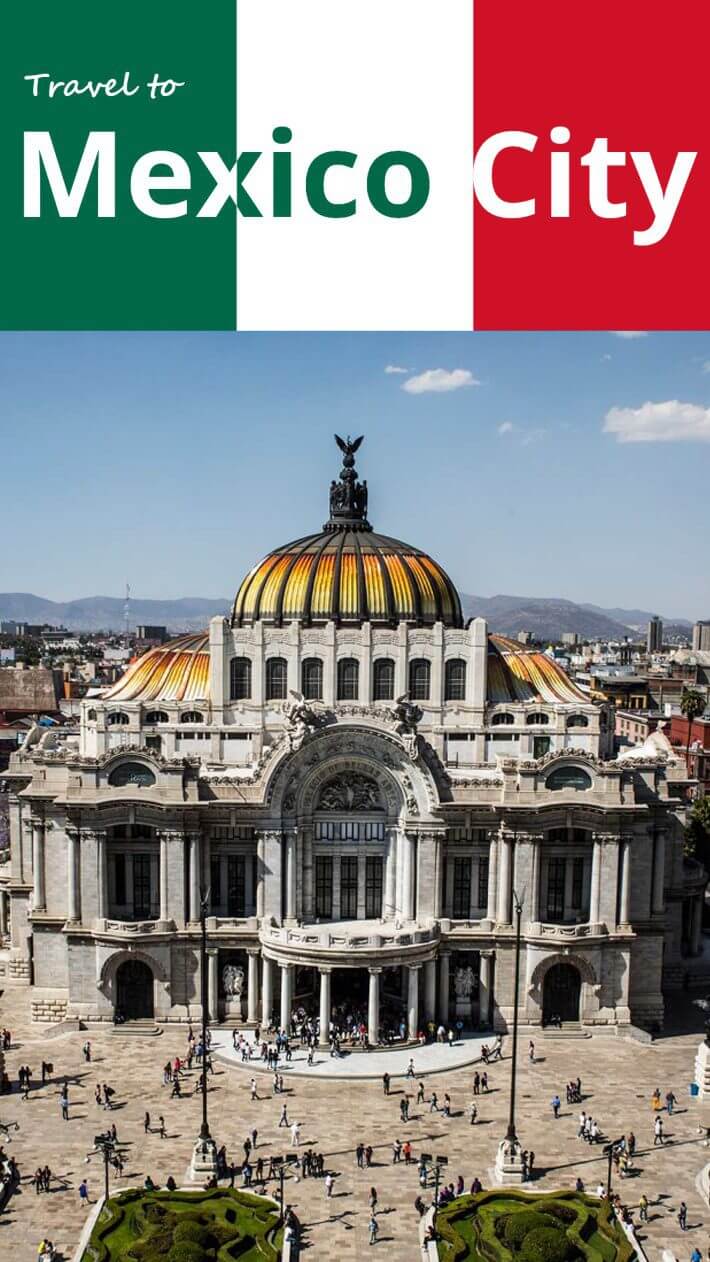 One of the great metropolitan cities of the world, Mexico City is making a serious comeback as a hot travel destination. With endless options for dining (Anthony Bourdain featured Mexico City in one of his latest episodes of Anthony Bourdain: Parts Unknown), a thriving art scene (the city has more than 170 museums) and a rich, vibrant history and culture, a two-day visit will be just enough to whet your appetite for more. Let us be your guide to help you make the most of it. The beautiful thing about visiting Mexico City is that you’ll have no jet lag when you arrive. The easy availability of nonstop flights from most major U.S. cities means that within two to four hours of hopping on a plane, you’ll find yourself immersed in an entirely different country, culture and language, with a minimal change in time zone (Mexico City observes Central Standard Time).

No need to rent a car when visiting Mexico City, either. A 30-minute cab ride will take you to the heart of the Federal District (Mexico City is also the country’s Distrito Federal, or D.F.) and once in the city, taxis and public transportation are abundant and inexpensive. For accommodations, plan to stay at the posh and elegant The St. Regis Mexico City, prominently located on Paseo de la Reforma, where it overlooks the landmark Fountain of Diana the Huntress.

One of the newest high-rise hotels in the city, The St. Regis offers spectacular views and the creature comforts that come along with the marquis St. Regis brand. Enjoy a glass of Veuve Clicquot when you check in, then let your private butler —available to all hotel guests —do the tedious job of unpacking while you freshen up and get ready for a day out and about. When you’re ready to leave, ask your cab driver to take you to the Zócalo, the main plaza in the historic district. Spend the afternoon ogling the beautiful architecture or wandering through museums and historic buildings. Catedral Metropolitana, which fronts the plaza and is the seat of the Roman Catholic Archdiocese of Mexico, is magnificent.

With soaring ceilings, ornate carvings, sculptures, paintings and two of the largest 18th-century organs still in operation, it is a wonder of 16th-century architectural achievement and a national treasure. Just a block away, walk among the ruins of the great Aztec temple of the city of Tenochtitlán at the Museo del Templo Mayor. A UNESCO World Heritage Site dating back to the postclassical period of Mesoamerica, admire the juxtaposition of the ancient archaeological dig against the backdrop of modern Mexico City today. You’ve probably worked up an appetite with all this sightseeing, so make your way a few blocks to the original Restaurante El Cardenal, one of Mexico City’s treasured eateries since 1969. Let the waiters whip you up one of their famous Mexican hot chocolates tableside, then savor traditional country Mexican fare.

A good bet is the pulpo tostaditas (octopus atop fried tortilla chips) to start, followed by a heartier dish, such as the mixiote de chambrate (braised beef wrapped in maguey leaf), or the stuffed chicken topped with rich brown Oaxacan mole. Spending Two Perfect Days In Mexico City – Forbes Travel Guide Palacio de Bellas Artes Walk off your lunch by taking a stroll down the peatonal (pedestrian walkway) along Avenida Francisco I. Madero. If you’re in the mood, stop into stores such as Zara or Bershka for some light shopping.

Then, visit the Palacio de Iturbide (now known as the Museo Palacio Cultural Banamex) to appreciate the grandeur of the picturesque interior, which was once a palace and home to General Agustín de Iturbide. Continue to the end of the street to find the beautiful gold dome-topped Palacio de Bellas Artes, where you’ll want to snap some photos in front of the gorgeous neoclassical exterior before entering the building to view the Art Deco design. Don’t gaze too long, though, because a couple blocks away, the Museo Nacional de Arte, known as MUNAL, is also a worthy visit. When you’ve had your fill of art and architecture, it’s siesta time.

Return to your room to luxuriate in your high-thread-count Italian sheets, or better yet, head up to the 15th floor for a swim in The St. Regis’ indoor pool, followed by a relaxing soak under the warm Jacuzzi jet-sprays as you look with pleasure on 180-degree cityscape views. With the night still young, get ready for a gourmet meal at D.F.’s most famous fine-dining restaurant, Pujol (make reservations several weeks in advance). A 15-minute cab ride from the hotel, indulge in a multicourse tasting of contemporary Mexican cuisine by renowned chef Enrique Olvera.

You’ll never taste baby corn as delicious as his baby elote (a popular Mexican street food),which arrives at the table with tufts of smoke seeping through the seams of a polished brown gourd. Lift the lid and inhale the smoky aroma as you bite on a perfect baby corn covered in rich costeño chili mayonnaise and a dusting of shaved, toasted chicatana ants. Though dinner may take several hours, you won’t want to retire until you’ve visited one of D.F.’s many mezcalerías, so head to La Clandestina in the trendy Condesa neighborhood and let the bartenders guide you on a mezcal tasting of several of the 20-plus bottles mounted on the wall.

It’s best to sip the mezcal straight up, followed with bites of fresh orange wedges coated in worm salt. Hey, it’s what the locals do. Once you’ve familiarized yourself with mezcal, grab a taxi back to the hotel, but not before making a compulsory stop at Taquería El Califa (open daily until 4 a.m.) for a couple of tacos al pastor. The ultimate late-night hangover helper, it will save you a headache in the morning when you’ll be in dire need of energy for another jam-packed day. Start the day early with a breakfast of traditional migas and a cafe con leche on the terrace at the hotel’s Diana Restaurant — and wear something sporty, as you’ll be spending the morning at the nearby Chapultepec Park, just a few blocks from the hotel. Though the park has outdoor water activities, a zoo and a modern art museum, the must-see attraction is Castillo de Chapultepec, Mexico City’s version of Versailles, and the Museo Nacional de Historia.

Time will fly by as you wander through hallways, see fully preserved palace bedrooms and drawing rooms, walk through the French-style rooftop garden, and sigh over the panoramic city views. You’ll want to return to your hotel to change into street clothing before heading out again for lunch in the Condesa, where you’ll enjoy a scrumptious seafood-focused meal at Contramar amid Mexico City’s fashionable lunch set. (The tuna carnitas tacos, whole grilled fish, soft shell crab and octopus are to-die-for.) Replete from lunch, take a cab to Carlos Slim’s stunning Museo Soumaya, which looks like a voluminous mirrored sculpture of connecting octagonal tiles. Inside, visit the Impressionist exhibit as well as the sculpture garden on the top floor, which houses an impressive collection of Auguste Rodin’s work.

Save time to go to the Museo Jumex next door, home to the largest privately owned contemporary art collection in Latin America. Next comes the fun part: shopping on Avenida Presidente Masaryk, which some call the equivalent of Beverly Hills’ Rodeo Drive. International boutiques such as Gucci, Salvatore Ferragamo and Louis Vuitton all have a presence here, so be prepared to do some serious damage to your credit cards before heading back to the hotel to give your legs a rest. Order an in-room massage, take some much needed R&R with a nice warm bath in your sunken tub, or allow yourself a short nap, before heading out for one final meal. For your final meal, dinner should be at favorite Maximo Bistrot Local in Colonia Roma, one of the hardest tables to get in the city.

A modest, family-run establishment known for its farm- and ocean-to-table fare, chef Eduardo García visits the farmers market daily to purchase fresh produce for each day’s service. Try not to swoon as you sample starters such as his poached farm egg over pan-seared asparagus, finished with white truffle and a gossamer coating of just-grated cheese —utterly divine. Not to be missed are his fish dishes (García is an alum of Forbes Travel Guide Five-Star Le Bernardin in New York), flown in overnight from Oaxaca or the Baja. Regardless of which preparation you choose —sashimi, ceviche, poached, steamed or pan-seared —the fish will taste as fresh as if it had been swimming in the ocean just minutes before it arrives on your plate.

There’s just enough time after your meal to get a feel for the bar scene in Mexico City, and lucky for you, one of the coolest areas is just a few blocks away on the nearby street of Álvaro Obregón. There, you can either bar hop between places such as Alekzander and Duke if you’re fast, or choose a spot to park and enjoy a drink before calling it a day. Let’s face it, two days is not nearly enough in a place like Mexico City, but with the help of our guide, you’ll have touched on all the components that make an exceptional trip — food, art, shopping, nightlife and sightseeing —all in 48 hours. 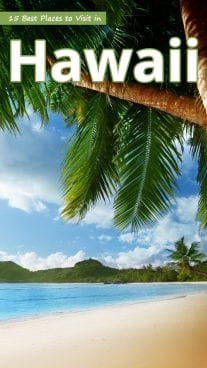 15 Best Places to Visit in Hawaii 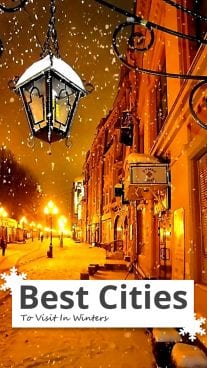 Best Cities To Visit In Winters 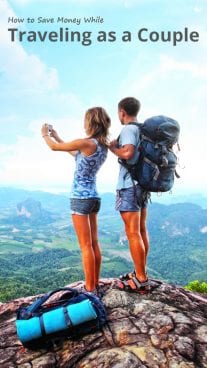 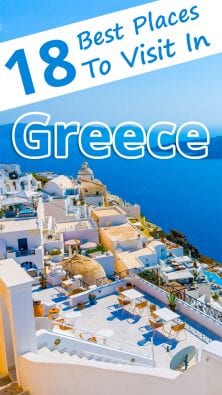 18 Best Places To Visit In Greece 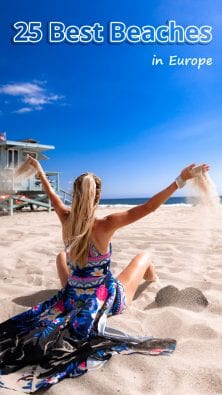 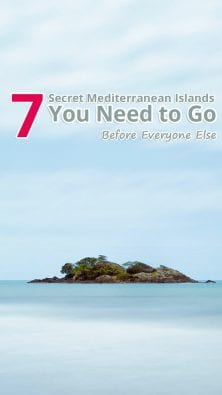 7 Secret Mediterranean Islands You Need to Go Before Everyone Else